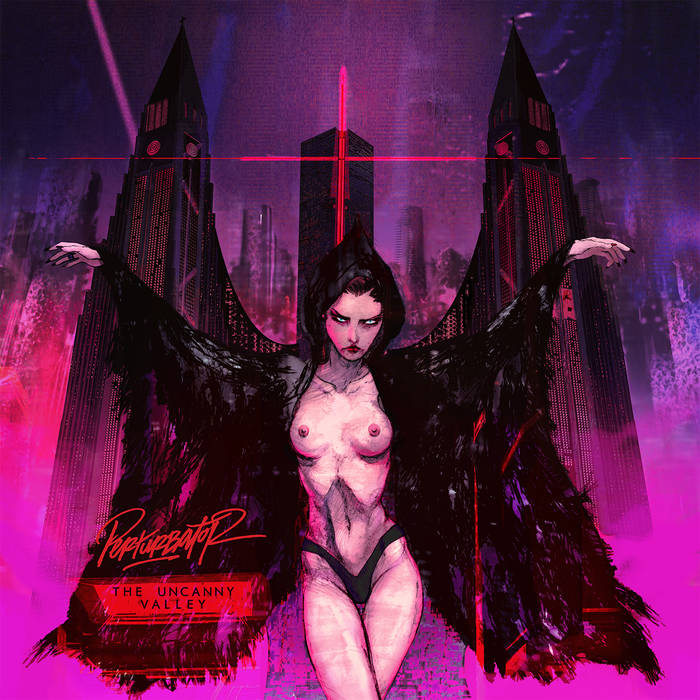 Neon glyphs flash across the alley – blinking kanji. Hues of garish pink and red emerge, language of the night. Your android partner: a deadly weapon, just like you. She’s draped in the radiance, wearing it as camouflage. A prototype: lithe, oblique, next-gen fatale. Your last faith in humanity and the only soul you can trust.

After the War Against Machines, factions of the Cult remain. Dismantling what little technological trust mankind retains.

The black church is where they recruit their fanatics. Destroy them.

A futile mission. A deadly trap. A four year descent into a sinuous labyrinth with no escape.

All tracks written, performed and produced by James “Perturbator” Kent.
All illustrations by Ariel Zucker-Brull.