The cryptically named Z6B3R is back with his first full-length album Legion 63. It’s the follow-up to his debut EP Telestar 12, which came out two years ago. Listening to both releases back to back, one will notice the progression Z6B3R has made production-wise. The hard hitting beats and heavy basslines that appeared on Telestar 12 are also represented on this record, but Legion 63 comes with a much heavier and louder sound. On the opening track (which is also the title track of the record), Z6B3R pushes the stylistics of Synthwave to a level, where the music comes close to not being a usual piece music anymore, but rather an unstoppable, robotic and unnerving groove, which fits perfectly with the albums Terminator-inspired themes. It doesn’t sound man-made. It doesn’t sound beautiful. It’s not there to please human ears. The machines have taken over. The following 2-minute-long track “Four” falls into the same category.

The rest of Legion 63 is more melody-driven, like one of my favorites of the album, the epic “2020”, which is instantly followed by one of my other favs, “Impulse”. Both are by far the most melodic tracks on the LP and the easiest to connect with on an emotional level. Both are placed at the centre, the heart of the album. After that, Z6B3R goes back to the beginning with more robotic and technology-driven sounds on “Saturn” and “Below”. The album comes full circle when the closing track “Rise” starts with the ominous sounds of an approaching thunderstorm, before fading into another soul destroying and unstoppable groove. The loop closes. The machines have won. 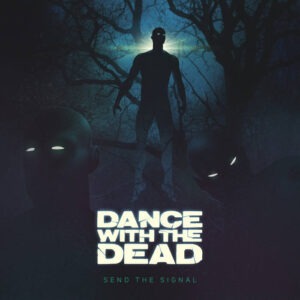 January 31, 2014
Go to Top
Cookies To make this site work properly, we sometimes place small data files called cookies on your device. Most big websites do this too.
Accept
X