Is there another level, another source of energy, way beyond adrenaline?  It may sound like a question one would pose to the science community, or an established nutritionist, and await an answer that extensive research may, one day, yield.  This is not a question for Carpenter Brut, it is something already known to this artist.

You see, sometime during 2012, possibly even 2011, Carpenter Brut discovered the answer and the only way to convey this in a logical, digestible, way is through electronic frequencies.  Or, quite simply, music.

Carpenter Brut’s sound has been described as outrun, vintage and horror, or darkwave.  Fans have quoted ‘I’ve just had my brains eaten by this EP’, ‘John Carpenter hopped up on martian wizard drugs’ and ‘sweet baby Jesus’ after hearing his music.

EP III looks to follow in a similar vain.  It has 6 tracks, great artwork and also has comments flooding in of approval.  Can the fan base be added to, though?  What strings can Carpenter Brut pull this time to keep momentum, to galvanise the existing listener as well as attract a whole new audience?

Well, for starters, this time there is a vocalist on board…

We will get to that later, but for now the hammer of considerable size is slamming into a mountain wall, to announce to return of one of the giants in the game.  ‘Division Ruine’ hits the ground running, with hard beats and savage synths.  Punching the air is mandatory.  Back with a bag full of adrenaline, hitting you from every angle.  It is a trademark sound, but with a new edge.

‘Paradise Warfare’  is a surprising, laid-back, step-back.  Its sultry sounds give an exotic feel.  Drinking from coconuts, steel drums calming your inner being, lying on hot sand with toes lapped by the rolling waves of the warm ocean.  However, such luxury cannot last forever.  This track explodes, literally, and war is unleashed.  It is a full on assault on your auditory system.  The change in direction, in this track, has to be admired as if you had seen the blueprint for ‘Paradise Warfare’ you would never had believed it could work.  Like love, it is both slow and fast, and it works.

The sense of full on destruction carries on in ‘Run, Sally, Run!’  The saying fight, freight, flight comes to mind, as you are pummelled by sounds you never knew existed.  Getting through this track is like a fight for survival.  Perhaps its best to run in this instance, and to leave the fight for another day. The artist really flexes his musical pecks here, showcasing an aggression that a bull in its prime couldn’t handle.

‘Turbo Killer’ leads you into a false sense of security.  With a track brandishing both the words ‘Turbo’ and ‘Killer’ you would expect a rampage, but the church-style organs in the intro really do throw you off-guard, before the darkness comes.  Every element is filled with purpose and a drive that really force your body to move.  When the electric guitar is introduced you are sent down a passage that will never see the light of day.

Now, we have come to the track that takes a whole new direction.  ‘Anarchy Road’.  Yes, there are rumblings of twisted and growly synths and kick drums you’d associate with Carpenter Brut, but there is a more mystical feel than any track you would have heard from this artist before.  Featuring the dulcet tones of Jim (Trumps/Filago) you are presented with something that would appeal to both commercial and underground.  A piece of music that has longevity and appeal.  ‘Anarchy Road’ gives another dimension to the sounds of this creative mind.  It will, no doubt, be one of the tracks of the year.

The final chapter comes in the form of ‘Invasion A.D’; an apocalyptic vision.  Rugged beats can be imagined as soldiers feet, stamping to the the front line.  To their doom, perhaps.  Through the smoke and black skies we can only wait, as the build up to ‘invasion’ feels epic, and real.  There is a pause.  A pause before contact.  Being on the precipice of extinction never sounded so good.  The beats are bombs, the synths are combat.  You feel in the thick of carnage.  ‘Invasion A.D’ paints a picture well.  In the end, who knows who won?  Death and destruction is everywhere.  There is nothing else but to ponder.

This whole EP leads the imagination a merry-go-round, and you can do nothing but be taken by it.  And it is hard to find an artist that is so pumped, focused and hungry to create the ultimate. 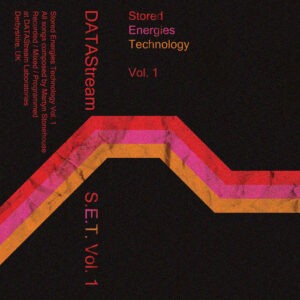 September 5, 2017
Go to Top
Cookies To make this site work properly, we sometimes place small data files called cookies on your device. Most big websites do this too.
Accept
X