It is quite an achievement when one can pop the music on in the house and listen to new and refreshing titles. That it exactly what happened as I opened Awakening, by Robert Parker, and decided to blast it in my home. The six-track album gives a feel of afternoon coffeehouse waves, where amongst all the chatter or book-reading one could break out in dance moves at any time. The many rhythms found in this offering might, at times, overcome the listener.

The album offers six well-crafted songs that could make one want to sign up for a re-run of “The Evolution of Electro-pop Dancing” for its richness of sound. While listening to “Running Wild”, “Showdown”, “On the Run”, “Power”, “DiscoDeath”, and “Out of Love”, one can’t help but notice the connections between these titles and the eighties’ Disco era, while keeping a good Synthpop base. In that light, let’s review the vibes and musical cuts of this fun offering.

Awakening opens with great strength with “Running Wild”. From the outset, one immediately feels as if placed at the heart of a major concert venue for the music is so powerful. This first track has all the qualities of a live performance where one is allowed to expect the performers to start off the show by emerging from the ground, making their way up. The track offers a good instrumental balance and the sensation that something “epic” will happen throughout its course.

“Running Wild” also has a real bouncy quality that approaches that of the French band Justice where every sound is crafted to make one jump up and down. Along with being bouncy in nature, the song offers appreciable musical variation. The feel of a throwback to the eighties’ High School Disco era is ever present, but only for the better.

Closely following “Running Wild” comes one of the most interesting songs of the album “Showdown”. The title of the track is well chosen as it definitely shows off the skillfulness of the band in mixing instruments and keeping up the waviness of their beat. This song is definitely the one that will be played late into the night by the DJ at the club or at one’s next house party. It maintains a high energy level with positive rhythms throughout.

Moreover, “Showdown” progresses gently around the halfway mark toward what could be interpreted as a delicate Michael Jackson tribute of the “Thriller” days. Intentional or not, it bolsters the expectation that all the “eighties’ cool kids”-minded spirits will fall in love with the track.

With “On the Run”, “Power” and “DiscoDeath”, the band switches gears and targets a more experimental feel with the record. These titles live up to the expectation of virtual reality video-gaming and back-to-the-future-like auditory adventures that could be expected of them from the album’s artwork. The synthesizers are ever present, giving good ebbs and flows to the music played.

As the last track of the album, “Out of Love” not only has a beautifully chosen title, but also gains back a little bit more of the pop that featured in the first two. It, thus, becomes the appropriate closing for an interesting piece of musical undertaking. Moreover, it makes one want to know more about the artist’s thought process and influences.

In the end, Awakening makes for an interesting listen as the vibes conveyed are certainly of the moment. At several points during the album, the “funny-cool” and “funky” beats of the artist stuck out, which is quite conducive to dropping down a move or two. At several others, the mixes heard very pleasantly makes one feel aboard a vessel toward a journey of one’s own imagination. Awakening is definitely an album to be enjoyed by many, particularly those with an ear for flowy musical vibes. 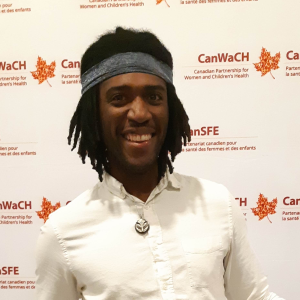 October 23, 2015
Go to Top
Cookies To make this site work properly, we sometimes place small data files called cookies on your device. Most big websites do this too.
Accept